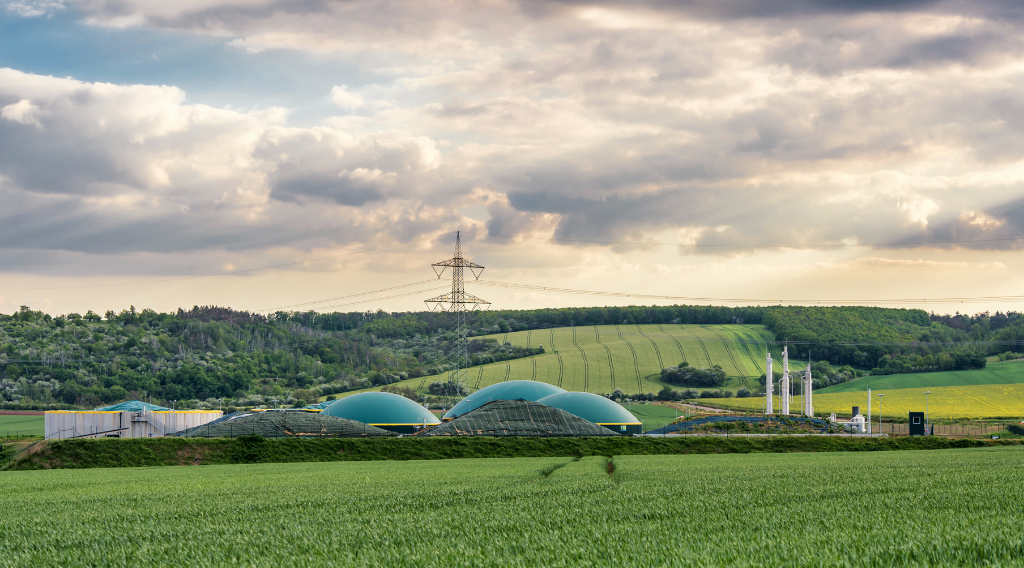 How renewable natural gas is produced by anaerobic digestion

The 2018 Anaerobic Digestion Evaluation Study, prepared by the Great Plains Institute for the Partnership on Waste and Energy, defined anaerobic digestion as a process by which bacteria breaks down organic waste into biogas and digestate in a controlled, oxygen-free environment. Biogas, the primary output of this process, can be combusted on-site for heat or electricity, or it can be upgraded to renewable natural gas, an alternative to conventional natural gas, for use in natural gas vehicles and combined heat and power systems. Digestate is an organic residue that can be used as soil fertilizer.

What are the uses and benefits of renewable natural gas from anaerobic digestion?

When organic waste, such as food and yard waste, is disposed of in a landfill, it decomposes, releasing methane and carbon dioxide in an uncontrolled environment. Methane and carbon dioxide are greenhouse gases that are harmful to the environment when released into the atmosphere but could be harnessed by processes like anaerobic digestion and made useful. Additionally, landfilling contributes to soil and water pollution and takes up land that could be put to other uses.

In addition to use in the transportation sector in the form of renewable natural gas, biogas can be used in combined heat and power (CHP) systems in residential and commercial buildings. CHP, which is used in 4,400 facilities across the US, is an energy efficient way to produce electricity and heat that could be made more energy efficient through the use of biogas-powered CHP engines, such as those distributed by Clarke Energy.

Despite the potential that anaerobic digestion and renewable natural gas have in reducing landfilling and greenhouse gas emissions, both continue to face challenges that inhibit their expansion in the United States. Why is that? Stay tuned as we interview some subject matter experts to find out why.

This blog was originally published on the Great Plains Institute website.