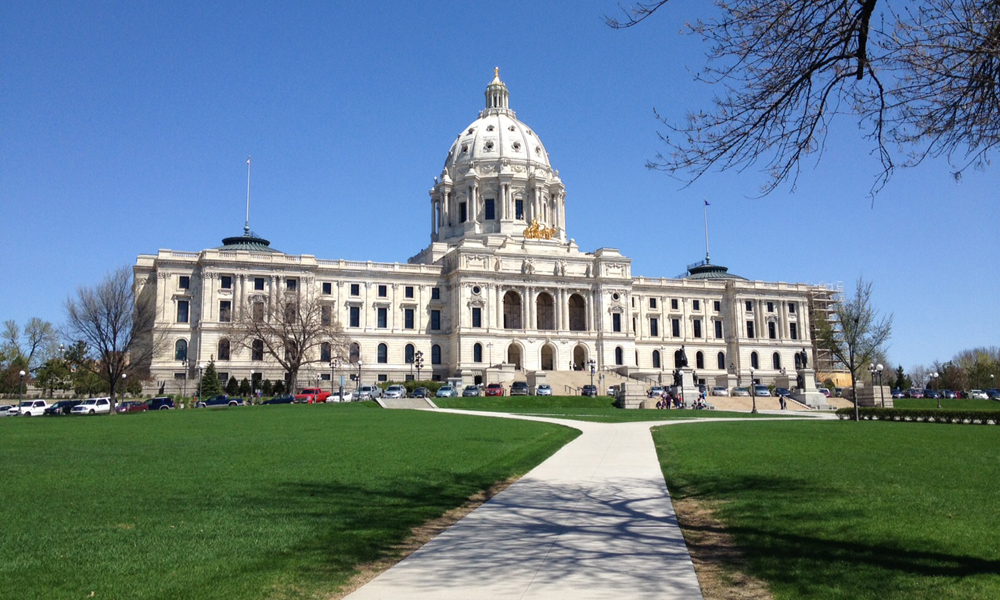 A new report finds the Bioincentive Program contributed to $1.2 billion dollars of economic activity through construction and $601.7 million from operations, including employment for more than 8,300 Minnesotans.

You can read the full press release below and the Economic Contribution of the Biobased Industrial Products Industry: Minnesota 2019 report online. The report was prepared by the University of Minnesota Extension’s Center for Community Vitality and the Great Plains Institute, which facilitates the Bioeconomy Coalition of Minnesota.

Contribution includes more than 8,300 jobs, but funding of performance-based incentive to bolster the industry in question

Minneapolis, MN—A new analysis shows Minnesota’s Bioincentive Program is working to generate significant economic and jobs benefits for the state’s biobased industrial product companies. In 2019, companies received $1.5 million in incentives through the program which resulted $1.2 billion of economic activity from construction and $610.7 million from operations, including employment for more than 8,300 Minnesotans.

With its strong agricultural and forestry economy, Minnesota has become a national leader in the development of biobased products. Companies transform grains, oilseeds, energy crops, wood, and municipal organic waste into commodities such as biofuels, renewable chemicals, and heat. Part of the industry’s success is due to the Bioincentive Program, a performance-based incentive aimed at growing and keeping the industry in the state.

“This new analysis shows that the Bioincentive Program is working to make Minnesota an attractive place for the industry to invest and those investments have an incredible multiplier effect on the economy and jobs base,” said Brendan Jordan, vice president of transportation and fuels at the Great Plains Institute (GPI). “The multibillion-dollar economic impact is at risk because the incentive is being underfunded in the Minnesota Legislature. Companies are making investments based on the incentive formula written into state statute, but that could end if the state does not live up to its commitment. In this uncertain time, we need to make sure that we invest in what works to preserve jobs and stabilize the economy for what lies ahead.”

The economic impact report was developed for GPI by the University of Minnesota Extension’s Center for Community Vitality. It shows the total economic activity generated by the bioeconomy included two major factors: construction of new facilities and retrofits of existing plants, and operations that required a robust work force and feedstock from Minnesota producers. The companies that received the Bioincentive in 2019 directly spent $690.5 million on construction projects, generated an estimated $46.5 million in tax collections (exceeding state expenditures), spent $540.6 million in labor income, and supported employment for 8,325 Minnesotans.

“The economic contribution of the biobased industrial products industry is notable – particularly due to the strong business-to-business impacts,” said Brigid Tuck, senior economic impact analyst at the University of Minnesota Extension. “The companies source much of their inputs in Minnesota, driving employment in agriculture and forestry-related industries.”

On the operations-side, companies spent $438.8 million to operate in 2019 with major expenditures including feedstock and labor. These companies generated an estimated $610.7 million of economic activity resulting from their operations, including $127.0 million in labor income, generating an estimated $13.3 million in tax collection, and supporting employment for 2,415 Minnesotans. These impacts are annual and will continue as long as companies operate at current levels.

“We are encouraged that the Minnesota legislature has recognized the value and potential of the state’s bioeconomy as a key economic driver which supports investment and jobs in every part of the state,” said Michael Walz, Director of State Policy and Public Affairs for POET LLC, one of the largest producers of ethanol and other biorefined products, with several locations in Minnesota and across the Midwest. “Sustained support for the Bioincentive Program is critically important to retain Minnesota’s leadership in green innovation and grow in-state production of ever-cleaner renewable fuels.”

In 2019, seven companies drew on the Bioincentive Program for a range of projects around the state, and the requested amount surpassed the allocated funding of $1.5 million in the fiscal year budget. While the allocated amount in the FY 2020-21 budget has increased to $2.5 million per year, it is far below the amount required for projects that have already made investments in Minnesota. There was sufficient funding only in quarter one of the current fiscal year, 40 percent of necessary funding in quarter 2, and no funding for the second half of the year. To properly support these projects and realize their economic and environmental benefits, the Bioincentive Program needs about $9 million in FY 2020 and $10 million in FY 2021.

“The forest products industry, like so many across the state, is facing real economic headwinds. Increased investment in the performance-based Bioincentive will be critical to maintaining Minnesota’s position as a leader in this sector and preserving a robust industry and jobs base,” said Robert Schilling, environmental manager at SAPPI, an international provider of sustainable woodfibre products with a mill in Cloquet, Minnesota.

You can read the full Economic Contribution of the Biobased Industrial Products Industry: Minnesota 2019 report online. The report was prepared by the Great Plains Institute and the University of Minnesota Extension’s Center for Community Vitality.

About Great Plains Institute (GPI): As a nonpartisan, nonprofit organization, Great Plains Institute works with diverse interests to transform the energy system to benefit the economy and environment. We combine our unique consensus-building approach, expert knowledge, research and analysis, and local action to work on solutions that strengthen communities and provide greater economic opportunity through creation of higher paying jobs, expansion of the nation’s industrial base, and greater domestic energy independence while eliminating carbon emissions. Learn more at www.betterenergy.org.