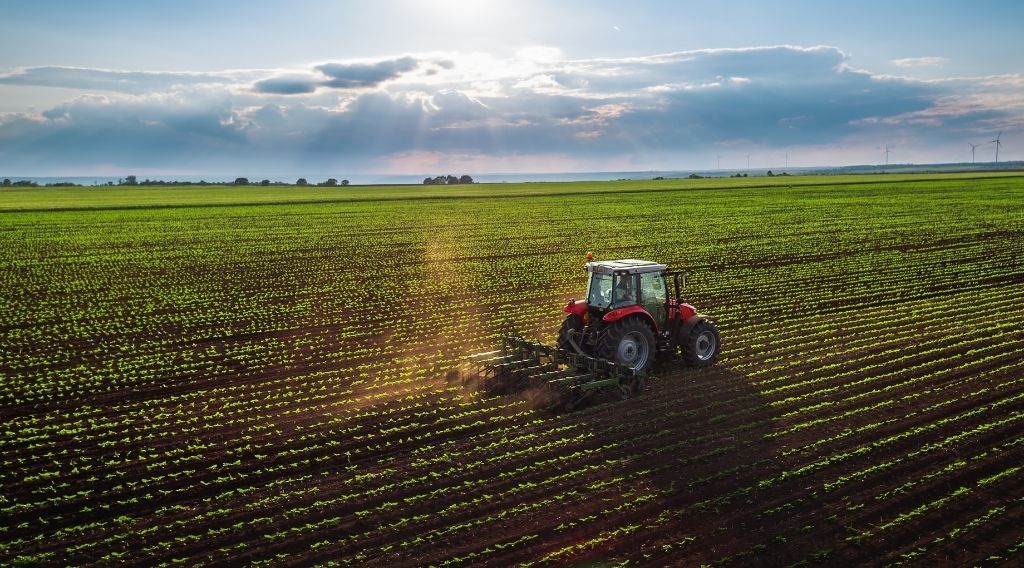 Forests and farms play major roles in the Great Plains Institute’s vision of transforming Minnesota’s energy system for both economic and environmental benefit. Minnesota’s Bioincentive Program is advancing innovations to make that happen.

The Bioincentive Program, passed by the legislature in 2015, has enabled advancements in advanced biofuels, biomass thermal energy, and renewable chemical production by 12 companies. A performance-based incentive, it offers no upfront dollars, eliminating the state’s risk of supporting projects that never materialize. Instead, a company must first invest in a new project, build it, and produce eligible products.

An analysis by the University of Minnesota Extension shows that the economic impact of the businesses receiving the payments far exceeds the cost of the incentives. In 2019, $1.5 million was paid in incentives to companies that directly spent $690.5 million on construction projects, which generated an estimated $46.5 million in tax collections, and spent $540.6 million in labor income. When estimated indirect impacts are included, the 12 recipient companies employed over 8,300 Minnesotans and generated $1.2 billion of economic activity from construction and $610.7 million from operations.

Numbers may impress, but the stories of three recipients better illustrate the reach and potential of the program.

Keeping ethanol on the leading edge at Guardian Energy

Guardian Energy’s 12-year-old corn ethanol plant in Janesville, Minnesota, is receiving the incentive for the cellulosic ethanol being produced alongside its conventional ethanol. “We had to do the investment upfront,” says CEO Jeanne McCaherty. “That was a long process that took us over a year to get the research done, get all the analytical down, get the pathway approved with the California Air Resources Board, and get everything locked up.”

The incentive has allowed Guardian Energy to upgrade its process and become more competitive, McCaherty says, and serves as an important means of keeping ethanol producers on the leading edge. “Vendors are coming out all the time with new enzymes that we’re trying to evaluate and make sure we stay in the front. We’re always working on how do we optimize, how do we get more of these advanced biofuels out of our operations.”

The incentive particularly helped Guardian Energy through this past, difficult year, McCaherty says. “Over half of the ethanol industry was shut down in 2020 as a result of the reduced demand. We shut down Janesville for almost six weeks. With this kind of program plus the [Paycheck Protection Program payment] we were able to get, we kept all of our employees on staff even while we had the plant completely shut down. That’s a huge benefit to our employees and the community.”

Savanna Pallets tapped into the Bioincentive Program in 2019, receiving incentive payments for the thermal energy produced by its new biomass boiler system.

For 40 years, Savanna Pallets has been building shipping pallets at its McGregor, Minnesota, facility. “We employ 100 people in a town of 300 people,” says co-owner Al Raushel. “And we’re supporting loggers in the community who are supporting landowners, whether private landowners or state or county.”

While pallets and shipping crates are the primary product, a big part of the economics of forest product industries is finding a home for the wood residuals. The rule of thumb, Raushel says, is that roughly half the log ends up as residual sawdust, chips, or bark whenever making rectangular lumber out of round logs. “We make as many boards as we possibly can on every log, but then we have to make sure we’re getting value for the chips and sawdust,” he says. “Several years ago, we used to send a lot of material to biomass burners in Benson, Minnesota, and we were sending a lot to Blandin in Grand Rapids. Both of those facilities have since closed.”

The biomass boiler system at the McGregor facility not only uses some of the wood residuals for thermal energy, Raushel says, but it also has improved productivity. Even with doors frequently being opened for big equipment and dust filtering systems sucking warm air out, the building can be kept much warmer. “Working conditions have improved significantly,” he says. “The guys are able to work more comfortably, and the wood is no longer frozen.” Pleased with the results, a second, larger biomass boiler began heating a second building this winter.

The next phase will be to utilize biomass thermal energy on a year-round basis to dry lumber, which should help with one of the challenges Savanna Pallets faces in tapping into the Bioincentive Program—the state’s fiscal quarters don’t align with the heating season, so by the time the company is generating qualifying credits, the underfunded program has nearly run out of money. And, when peak heating season hits, the fund is depleted.

“These incentive programs are helpful,” Raushel says, displacing the use of propane, natural gas, or fuel oil with carbon-neutral wood energy. While the efforts of individual companies may seem insignificant, he adds, “they add up and, quite frankly, make our system better, stronger. We promote the things everybody wants — healthy forests and employment opportunities. It’s not a singular magic bullet, but it’s part of the package of making these things happen.”

Located on the banks of the St. Louis River since 1898 in Cloquet, Minnesota, the Cloquet Mill, owned and operated by the global wood products supplier, Sappi, is the state’s largest consumer of timber and Carlton County’s largest private employer.

“The Cloquet Mill is a major economic driver for the regional economy,” says Robert Schilling, pulp technical and environmental manager at Sappi North America. “To ensure long-term viability, it is critical that the mill continue to develop new products in growing markets and create new ways to add value to wood.”

With diversification in its sights, a few years ago Sappi invested $175 million in upgrading the existing pulp mill to manufacture dissolving wood pulp, a renewable chemical. The dissolving wood pulp produced at the Sappi mill is used as a raw material in the textile industry to manufacture viscose fibers, such as rayon, lyocell, Tencel, or modal. In 2018, a $24.5M capital improvement increased pulping capacity through debottlenecking numerous processes in the pulp mill. “This increased production is the basis for the renewable chemical production claims for Sappi in the Bioincentive Program,” Schilling says.

“The Bioincentive Program is a great way to incentivize businesses for investment in new renewable technologies,” Schilling says, “and was cleverly crafted to only reward actual production. Sappi uses the incentives from the program as part of our justification for capital projects, and currently with the program being under funded, we are not delivering all of the planned return on investment. We need the legislature to increase the funding to meet the commitments that have been made through the Bioincentive Program. This will send a strong signal to business leaders that investing in Minnesota companies is sustainable.”

Investing in product development as markets evolve is critical for the state’s forest health, says Rick Horton, director of forest policy with Minnesota Forest Industries. Being able to monetize wood residuals in particular, often means the difference between profit and loss for many companies.

“There’s way more material out there from these sources than people realize. We could sustainably produce a lot of products and energy,” Horton says. “We need to attract investments in the state. It will be beneficial to the forest itself in managing different species, beneficial to loggers and truckers and mills, and beneficial to people by using this material as renewable resources.”

Horton points to several technologies that potentially could find a home in Minnesota. Serving on the Governor’s Biofuels Council, Horton says he learned there are investors very interested in developing biofuels in Minnesota. There are mills within the state whose parent companies operate biorefineries in other countries. There’s a project under development in northern Minnesota to manufacture industrial pellets for export. And there’s a compelling case for the development of torrified pellets, which transforms waste wood into a form of weather-proof charcoal replacing coal while delivering more heat with no sulfur or mercury emissions.

The Bioincentive Program could attract some of these innovative businesses to the state, he says. “I think there are investors out there. [The Bioincentive] could be the last thing that’s going to bring it into the state, but they want that guarantee that they can count on that money. We’d love to see full funding.”

Investing in a vision for the future

“If we want greener industries, address climate change, and be responsible stewards of our natural resources, we have to take actions that will move us in that direction,” Katie Fernholz concurs. As president and CEO of Dovetail Partners, Fernholz has been studying the green job potential around innovations within the forest sector. “It won’t just naturally happen that some industries fade away and new ones come on and there’s a wonderful, smooth transition between the two,” she says. “That isn’t the way economic change happens. You have to anticipate change and design for what you want to come next.”

“We know that markets and systems we’ve had in the past need to evolve, moving away from fossil energy systems to bioenergy,” she says. “That’s what this incentive is about. Taking actions that will move us in a direction that will support a circular bioeconomy, the greater and more innovative use of renewable materials, diversify the products and market opportunities, and create opportunities for caring for the natural resource.”