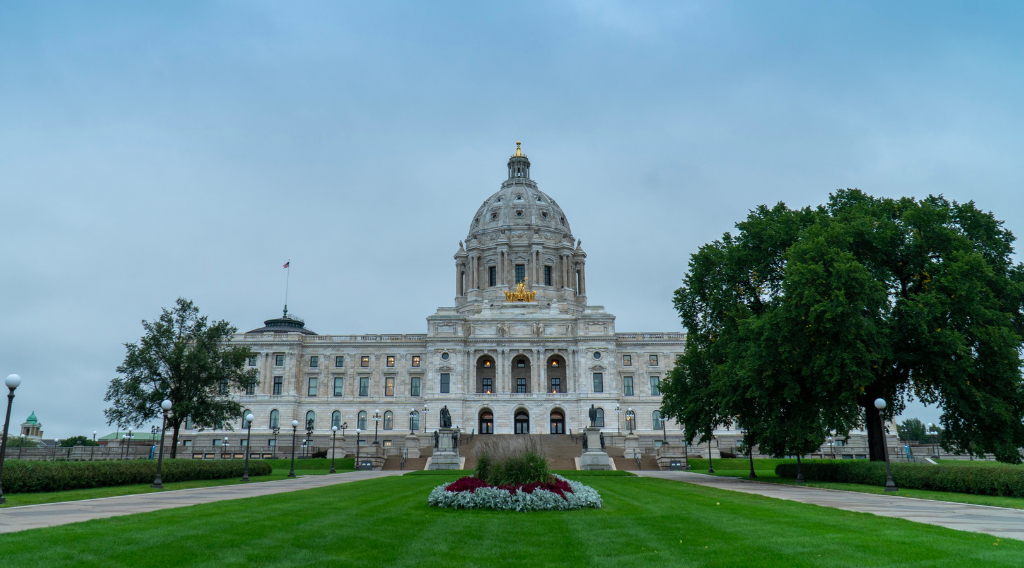 Minnesota’s 2022 legislative session adjourned on Monday, May 23. Legislators spent the session’s final weeks trying to work out the differences between House and Senate bills. Although much was left unresolved at the midnight constitutional deadline for adjournment, a few policy packages made it across the finish line and are on their way to becoming law. Among them is the omnibus agriculture and broadband bill.

The Bioeconomy Coalition of Minnesota, convened by the Great Plains Institute, advocated for several agriculture- and forestry-related legislative priorities throughout the 2022 session. The Coalition aims to grow Minnesota’s bioeconomy along the entire value chain, from research to commercialization.

As in previous years, the Coalition’s top priority for 2022 was to secure full funding for Minnesota’s Bioincentive Program, a performance-based program designed to attract investments in advanced biofuel, biobased chemical, and bioenergy projects in the state.

The Bioincentive Program is a low-risk investment with high rewards for Minnesota. Because companies participating in the program only receive payment after investment and job creation has occurred, the state is not at risk of paying for projects that fail to materialize.

To date, every dollar spent by the state on this program has generated $407.10 for Minnesota’s economy and $8.90 in new tax collections. The program also has significant climate benefits: it is limited to “advanced biofuels” that achieve a 50 percent reduction in greenhouse gas emissions compared to gasoline.

The Bioincentive Program has led to significant investments in Minnesota’s biofuel and biobased chemical industries, leading to economic benefits across the state. Fully funding the program would allow the state to fulfill its commitments to existing projects and drive further investment into the future.

Additional funding needed to realize the potential of Minnesota’s bioeconomy

The 2022 agriculture and broadband omnibus bill includes a modest increase in funding for Minnesota’s Bioincentive Program, up from $4.5 million to $5.75 million annually. Although this is a step in the right direction, this level of funding falls far short of the $15 million needed annually to meet the program’s goals. Additional funding is also needed to make up for shortfalls in previous years. Moving forward, more funding will be needed to ensure continued innovation in Minnesota’s biobased industries.

The Bioeconomy Coalition of Minnesota will continue to advocate for the funding necessary to support the state’s bioeconomy and fully realize its potential economic and environmental benefits. To stay up to date on the Coalition’s work, subscribe to our newsletter.

Minnesota Legislative Priorities for the Bioeconomy in 2022